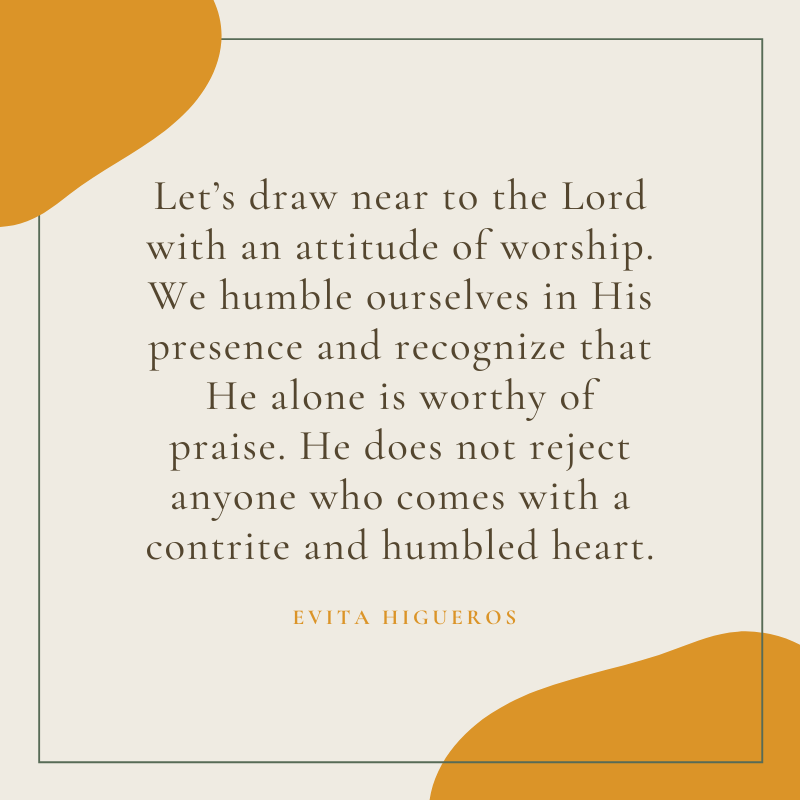 “Why Do Catastrophes Happen?”

12 Then the men said to Lot, “Have you anyone else here? Son-in-law, your sons, your daughters, and whomever you have in the city—take them out of this place! 13 For we will destroy this place, because the outcry against them has grown great before the face of the Lord, and the Lord has sent us to destroy it.”

32 Then he said, “Let not the Lord be angry, and I will speak but once more: Suppose ten should be found there?” And He said, “I will not destroy it for the sake of ten.” 33 So the Lord went His way as soon as He had finished speaking with Abraham; and Abraham returned to his place.

Let’s draw near to the Lord with an attitude of worship. We humble ourselves in His presence and recognize that He alone is worthy of praise. He does not reject anyone who comes with a contrite and humbled heart. We command our soul to bless and thank God for all that He has forgiven. We stand in the gap to intercede for our nation, our families, and for the nations of this world that are perishing. May return to you. We believe, during this fast, Lord you will extend your hand of power and mercy.

When a catastrophe occurs, should we interpret it as a punishment from God or think it’s because God is angry? (i.e. earthquakes, famine, plagues, epidemics, pandemic, etc.)

The Biblical answer is, sometimes, yes; sometimes, no. In the opening verses, we see that catastrophe was used by God to fulfill His plans.

What is a catastrophe? It is a sad event which produces destruction and misfortunes, with serious alterations to the normal development of things.

Sodom was a shameful city. When a foreigner would arrive to that city, its inhabitants were ready to rape and engage in wide-scale homosexual acts. However, sexual violence was not their only problem. One sin leads to another. The word of God says that the wages of sin is death.

Look, this was the iniquity of your sister Sodom: She and her daughter had pride, fullness of food, and abundance of idleness; neither did she strengthen the hand of the poor and needy.

God wouldhave extended His mercy because He loves His creation. He would have allowed that city to remain standing - if Abraham, as the intercessor, had found ten righteous men in the city.

23 Do I have any pleasure at all that the wicked should die?” says the Lord God, “and not that he should turn from his ways and live?

Abram wanted nothing to do with the people who lived in that city.

21 Now the king of Sodom said to Abram, “Give me the persons, and take the goods for yourself.”
22 But Abram said to the king of Sodom, “I have raised my hand to the Lord, God Most High, the Possessor of heaven and earth, 23 that I will take nothing, from a thread to a sandal strap, and that I will not take anything that is yours, lest you should say, ‘I have made Abram rich’— 24 except only what the young men have eaten, and the portion of the men who went with me: Aner, Eshcol, and Mamre; let them take their portion.”

But he put aside his interests or his feelings and pleaded with God. However, he did not find 10 righteous people in that city. Lot, Abram's nephew, lived in Sodom. I believe Abram stood in the gap for that city out of love for his nephew.

Today, it is up to us to intercede for those who have lived a life away from God so that they may turn to Him.

Lot was freed. Though he had to leave his property, wealth, and assets. He fled for his life to a cave.

Lot is the example of men who have their trust in earthly things. They cannot tolerate the idea of ??living in shortage. Jesus ??did not allow His followers to think of Sodom’s dwellers as “terrible” people. He warned that God would be harder on those who saw the miracles of Jesus and yet did not want to listen.

My loved ones, God's patience has limits. Today, God wants you to forget about your preferences and feelings. God wants you to become an intercessor. May millions of righteous people rise up to intercede and ask for mercy over the nations. May we ask forgiveness for the nations’ homosexual sin. May God have mercy.

26 For this reason God gave them up to vile passions. For even their women exchanged the natural use for what is against nature. 27 Likewise also the men, leaving the natural use of the woman, burned in their lust for one another, men with men committing what is shameful, and receiving in themselves the penalty of their error which was due.

We break with pride and all generational sin. We pray for all the abortions that have been done because of rape.

Blessed Father, may you be attentive to our prayers and requests. You have the power to heal, liberate, and transform mankind. We come to ask forgiveness for the nations and families that have practiced all kinds of sexual sin. Have mercy on places that have been corrupted. We pray for every curse to be broken. Lord, we ask forgiveness for pride, insensitivity to our neighbor, for abusing our neighbor, child abuse, kidnapping of innocent people, etc.

Bless Him; minister to your family and children in the name of Jesus.